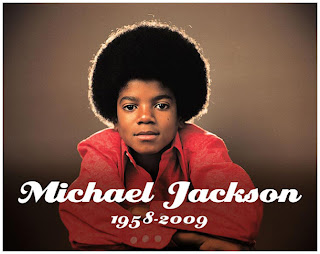 Quincy Jones, producteur de l'album Thriller
“For Michael to be taken away from us so suddenly at such a young age, I just don’t have the words. He was the consummate entertainer and his contributions and legacy will be felt upon the world forever. I’ve lost my little brother today, and part of my soul has gone with him.”


Berry Gordy, Fondateur de la Motown
"I am shocked beyond words. It's like a dream - a bad dream. This cannot be! How can Michael Jackson not be here?

As a kid, Michael was always beyond his years. He had a knowingness about him that was incredible.

When I first heard him sing Smokey's song, "Who's Lovin' You" at 10 years' old, it felt like he had lived the song for 50 years.

Somehow, even at that first meeting with him, he had a hunger to learn, a hunger to be the best and was willing to work as hard and as long as it took.

I had no concern about his ability to go to the top. He was like my son. He had warmth, sensitivity and two personalities.

Michael was and will remain one of the greatest entertainers that ever lived.

He was exceptional, artistic and original. He gave the world his heart and soul through his music.

I extend my sympathies to Joe, Katherine and the entire Jackson family. My prayers are with them."


Smokey Robinson
"It is always hard to lose a friend. I will miss Michael and all that he brought to the world through his music and his creative genius. I know his legend will live on and the world will miss him dearly."


Otis Williams (The Temptations)
“To me, he is ‘Michael the Magnificent.’ Michael Jackson was truly one of a kind and we will never see anyone like him again in our lifetime.”